In the Animas High School Model Senate Project this year we were given the task of learning what it entails to be a United States Senator, and acting it out accordingly in a real life situation in the form of a 3 day mock senate exhibition. Initially we were all assigned a senator and a committee, I was chosen to be Ron Johnson of WI. Throughout the process, in the beginning we did a lot of research about what the different branches of government are responsible for, this included separation of power and checks and balances between the branches, (Executive, Legislative, Judicial). From there we did more research into the process of real life bills going through the system into becoming a law or being denied or pushed off endlessly in some way. Once we understood the process of a bill becoming a law, we were tested for our proficiency. Following these steps we began to write individual pieces of legislation in our teacher chosen pairs according to our committee's. For example, My senator, Ron Johnson of WI, was chosen to be on the immigration committee, so Jonathan and I wrote our bill about deportation from the US. Once all the pairs in all of the classes had written their bills they were submitted to the experts and higher ranking members of our mock congress and were voted on, out of all of the classes bills there were 3 chosen, one for each topic, (College Debt, Immigration, Climate Change). Once these bills were chosen we moved into the exhibition stages. The first two days of exhibition took place within Animas High, away from the public eye while the bills went throught eh senate committee process which involved ammending the bills to be a better version than they were. Once the bills were voted on if they would make it to the senate floor, we took them to Fort Lewis College for the final evening our our exhibtion. In the final stages, none of our bills passed through the senate floor except for the immigration bill which was vetoed by the mock POTUS. Overall the project was super fun and it helped me learn a lot about how our government actually functions. 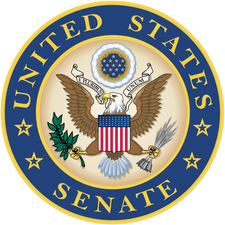 I have had trouble thus far this year with making my sentences flow naturally. I have had lots of feedback from several people telling me that my sentences become too choppy and they are not easy to read. In my college essay assignment, I got feedback regarding choppiness that allowed me to make changes. For example, one peer mentioned that a sentence I wrote about my father being a musician was so filled with commas and complex words that it drove readers off the wall. I was able to take that feedback and refine the sentence so it flowed smoothly. I believe that I could make these comments if I just took the time myself to read some of my writing out loud. Although some things sound good in my head, I need to kick my laziness to the curb and read it aloud, this would help me tremendously.

In my writing so far this year I have had trouble referencing texts and being specific. I tend to ramble and write about things assuming that a unknowing reader knows what I’m writing about. For example, I wrote my entire seminar reflection of the article Habits Of Highly Cynical People without specifically referencing the text even once. This not only hurt my grade, but would leave an average reader confused as to what I am writing about because I haven’t used any evidence. I believe that if I read articles closer from here on out I will look deeper initially for quotes that strike me. If I do this effectively I think I can use effective quotes for evidence that will ultimately make my arguments stronger. Overall, reading the articles closer from the get go will help the writing stick in my head better so I can draw quotes and knowledge easily.

One goal that I have for myself as a writer this year is to use the TEA paragraph format more effectively. I have found through two of my most recent writings and their feedback that I have not been using the correctly and it has been hurting my grades immensely. For example, in my seminar reflection of the article Habits of Highly Cynical People, I was graded down severely in the organization category because my paragraph did not follow the TEA style guidelines, (topic, evidence, analysis). I think that if I am able to analyze my reading as a whole in the future I can look closer to see if I have truly outlined my topic clearly, presented evidence, and analyzed my opinion. To be specific, I had mentioned in my reflection that the current election candidates suffer from naive cynicism, and then I didn’t present evidence to support my opinion. I can see how this lack of organization takes away from my overall argument because I made a claim and didn’t “back it up”. If I look closer at rubrics in advance, I can see that I need TEA paragraphs and will write them without skipping a beat. I think that writing effectively in this format will make my opinions easier to support for my readers.

In the revision process of my college application essay this year, many things changed between drafts. In my first draft, I had many things about my life as a musician that didn’t necessarily matter to anyone except for me. I realized about ¾ of the way through writing the essay that I was writing about things that nobody would care about, let alone a college admissions representative. I basically had to start over and write about the things about music that developed me as a person and member of society. During the critiques with Lori and my peers I got a lot of good feedback about what to take out and what to add. I needed to add more of how music has shaped me as a thinker and student. I still think that I could have added more about that. For example, I had a lot written about my family’s past in music. I had to get rid of most of that because I realized through feedback that I am the one applying to these colleges, not my family. It was because of this that I was able to shift most of my writing to be more intrinsic and less about the things that don’t matter. To make this happen, I had to decide what was important and what wasn’t. I found that I needed to think as if I were a college admissions rep. I was deciding essentially if I was going to even accept my own college essay. This helped me a ton and it ultimately made me rethink most of my essay. It made me see what was important for my writing and what was just taking up space. Overall, my writing came a long way through the college essay bootcamp and I wish it would have lasted longer!
Powered by